Do Christians Believe that Miracles Happened in the Bible and Today?

Many people today are skeptical about the existence of miracles. I think this is natural and argue that the majority of people when presented with something that is naturally impossible will be skeptical. Some people call themselves Christians but discount the biblical accounts of miracles as either exaggerations or myths. Does the Bible present miracles as true events? Do Christians believe that miracles happened in the Bible and today? Here I want to explore the different views to help people better understand the Bible and Christian life. If I can help in any way, please do not hesitate to contact me. Cuurio would love to help you if you have more questions or want to know more about your purpose. There also is a sermon that relates to this topic, if you are interested in watching it please click here.

Miracles are events that happen that are outside of the bounds of our natural world. For example, when someone is raised from the dead, healed of a disease that is untreatable by natural means, teleports, speaks in languages they do not know, understands the speech of animals, or food is multiplied by hundreds of times to feed a crowd. In the Bible, all of these events happen, but are they actually presented as something that literally happened or myths that help people understand something?

2. Did Miracles Actually Happen in the Bible?

The first verse of the Bible reads, “In the beginning, God created the heavens and the earth” (Gen 1:1). In this verse, God created time, space, and matter. Therefore, God is outside of time, space, and matter, because without Him it would not exist. What we need to understand is that the Bible is not in one genre of writing. No one would expect a 2000-page book to only be in one genre unless it was a textbook, which the Bible is not. There are times when metaphor, allegory, simile, exaggeration, sarcasm, etc., are used in the Bible. The Bible frequently uses different genres and rhetorical devices to make its point.

There are times in the Bible when stories that are not meant to be taken literally are told. The parables of Jesus for example are stories that were told by Jesus for teaching but did not necessarily literally happen. (To learn who Jesus was click here). However, when miracles are presented in the Bible, they are told straightforwardly and make no hint that they are myths. If one were to believe in God but believe that He is unable to change His creation, there is a problem with their belief in God. The Bible presents miracles as literally happening and therefore Christians believe they are real events.

3. What about Christians who do not Believe in Miracles?

There is a movement in Protestant Christianity called liberal theology or Christian modernism. It is small at less than 15% of Protestants and is quickly declining. This does not refer to political liberalism and they call themselves this, it is not slander. This movement generally does not believe in the miracles that happen in the Bible but also rejects the possibility of Jesus being God, as this would be a miracle. The basis of being a Christian has been agreed upon by Protestant, Catholic, and Orthodox churches since their formation as believing in God as Father, Son, and Holy Spirit. Without believing in the divinity of Jesus the vast majority of historical Christianity and churches today would reject these people as being not Christians.

These churches are declining rapidly or changing themselves to be non-Christian because they realize that believing in the God of the Bible but not believing the Bible does not make a lot of sense. There are other religions such as Jehovah’s Witnesses and Mormons who claim to be Christian but claim to have received new revelations from God and have significantly changed the biblical beliefs on God. For example, Mormons believe that God was once a normal man and that anyone can become like the Christian God. This means that there are millions of gods like the Christian God. This obviously, is not founded or supported in the Bible and they are largely rejected from Christianity as being non-Christian though many who are outside of Christianity do not care and would still consider them Christian.

4. What is the Point of Miracles?

The point of miracles by God is done for a few different reasons. One of the reasons is to bring glory to God by showing compassion to people who have incurable diseases or afflictions (John 9:3). This means that when the miracles happen people will realize that God is real and turn to Him and worship Him. Another reason was for people to realize that Jesus is God (Acts 22:2). Jesus would do miracles so that people who know that He was God often told them to be silent about the miracle because it would draw crowds of people who just wanted to be entertained.

Miracles for many people do not bring obedient faith. Miracles are also performed by God so that people would know the reality of what was to come. Christians know that they will live in perfect union with God and there will be no pain or sickness. When a miracle happens, it will remind them of the world that they will have one day and encourage them because of life on this hard on this earth.

In the Bible, miracles were done in the New Testament to establish the church and to validate Christianity by Jesus, the apostles, and disciples. Christianity has been established almost everywhere in the world so today that is largely unnecessary. God can do miracles today as He did in biblical times, but some argue that miracles are no longer needed because we have the Bible and because God uses Christians to further the kingdom instead of miracles. God still performs miracles today, but they happen less frequently because of these reasons. People just simply are not usually changed by miracles.

6. Why Doesn’t God Give me a Miracle when I ask Him to?

Miracles happen today, so why doesn’t God give you a miracle? First, the Bible says, “Do not test the Lord your God…” (Deut 6:16). This means that we are the creation, He is the creator. He is not bound to do things we ask Him to, that would mean that we had more power than God. Furthermore, miracles can bring faith, but it is much more likely that a Christian will show how to live like a Christian to bring faith to an unbeliever than a miracle will. We have an amazing ability to rationalize anything that we consider to be supernatural. How often do you hear that someone’s cancer was gone and it’s a miracle? How often has this affected you or did you think there’s probably a rational reason for the disappearance of cancer?

I’m not saying that all of them are miracles but sometimes it is very hard to decipher what is and what isn’t because we rely so much on rationalizing everything. This is what the people in the New Testament times did with Jesus, they either denied it was a miracle, believed He was doing magic, or that He was doing it by the power of spirits or demons. It was unusual for a person to have faith in Jesus by miracles alone. Rather than miracles to do the bulk of the work, Christians are called to do the bulk of the work. God performs miracles today, can do one for you and may have even done one for you! However, seeing a true Christian living a holy and righteous life of love towards God and others usually has a much bigger impact. 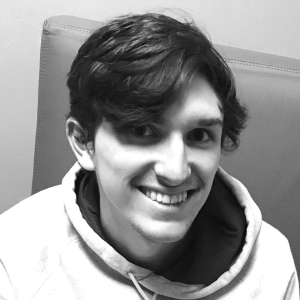 John Kimmel Jr. is the Associate Pastor of Steepleless Church, a homegroup movement church. He has a BA from TAMU in history and a MA from SWBTS in divinity. He lives with his wife Alyssa and his son who was born in February of 2021. He can be contacted directly at johnjr@steeplelesschurch.com
Cuurio is a non-profit organization, registered in the U.S.A. • EIN #82-2055487
Cuurio operates with complete financial transparency. For financial information, please contact us at hello@cuurio.com.