Does the Bible Say Anything a Second Marriage?

Does the Bible Say Anything About a Second Marriage? Let’s dive and find the answer to this great question.

“For the woman who has a husband is bound by the law to her husband so long as he lives. But if her husband dies, she is released from the law regarding her husband (Romans 7:2).”

The Law of Marriage:

Paul uses God’s design for marriage to illustrate the Christian’s relationship to the Law of Moses. One of the purposes of the Old Testament Law was to convict every member of humanity as a sinner and another was to legislate how the Jews were to live in their land.

But, because a Christian believes that Jesus Christ died for their sins, they’re released from their duty to the Old Testament Law (e.g., the ten commandments):

Paul teaches that just as Jesus’ death freed believers from their obligation to the Law, so the death of a spouse frees the remaining partner from their marriage vows. The norm, and the expected, of marriage is that the couple is bound together until one of them dies:

“Therefore a man will leave his father and his mother and be joined to his wife, and they will become one flesh (Genesis 2:24).

Jesus doesn’t say the innocent partner must divorce the unfaithful, but that He allows this exception; the wronged partner may choose to forgive. For someone who wants to use this exception, adultery functions like the partner’s death. It releases them from the vows of marriage.

In the parallel passage in the Gospel of Mark, Jesus doesn’t give any exceptions. But I don’t think Jesus listed all of the possible exceptions. An example of this is if the woman has an abortion without her partner’s consent. The husband’s responsibility is to protect his children, and that it more important than his commitment to his wife. This wasn’t an issue in Israel in Jesus’ day, so He didn’t list it. I’m sure there are other–but a very limited number–of other examples. But we don’t want to open the door too wide and soften Jesus’ teaching. The issue must be momentous, life threatening.

Paul instructs those who’ve never previously married and the widows:

I say to the unmarried and widows that it is good for them if they live even as I am (unmarried). But if they cannot restrain themselves, let them marry. For it is better to marry than to burn with passion (1 Corinthians 7:8-9).”

It’s easier for the single Christian to dedicate themselves to serve the Lord. Then they don’t have the distraction–the necessary obligation–to please their partner.

But, if sexual distraction is greater, if that makes it more difficult to serve the Lord, Paul says it’d be better to marry than burn with passion. Paul acknowledges that, though it’s possible for him, not everyone can live without marrying and if they try it could lead to sin. In fact, he says his ability to serve God without marrying is because God gifted him with that ability (1 Corinthians 7:7).

The Christian’s overriding determination is whether marrying will allow them to best serve the Lord.

“The wife is bound by the law as long as her husband lives. But if her husband dies, she is at liberty to be married to whom she will, but only in the Lord. But in my judgment she is happier if she so remains as she is. And I think that I have the Spirit of God (1 Corinthians 7:39-40).”

1). The believer should not seek a divorce:

“If any (believer) has an unbelieving (spouse) who consents to live with (them), the (believing spouse) should not (seek a) divorce (1 Corinthians 7:12-13).”

a). The believer sanctifies the unbelieving spouse (1 Corinthians 7:14a).

b). The believer sanctifies the children (1 Corinthians 7:14b).

The sanctification is because the unbeliever and the children will have a believer influencing them.

Paul does not address whether the believer is free (from the law of marriage) to remarry in this situation.

When someone’s spouse dies, they are released from their marriage obligations. Jesus also allows freedom for a partner’s adultery. The unbound person is free to marry “in the Lord” if wisdom tells them that is the best way to serve the Lord. 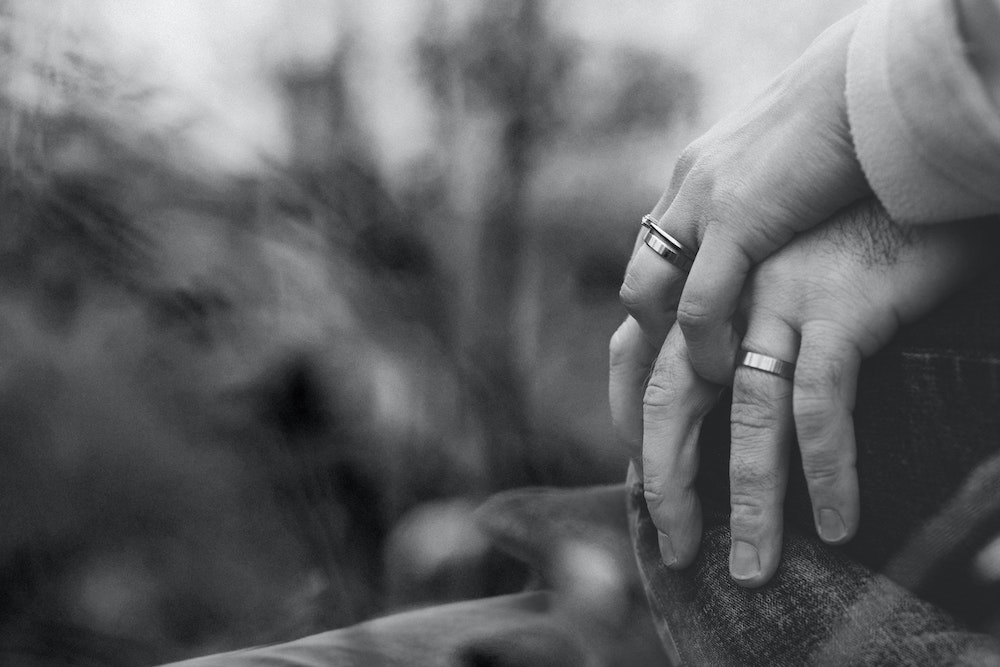