How to Overcome Dissatisfaction in Life

How to overcome dissatisfaction in life is a pretty broad question, you must admit. There have to be millions of answers – or at least, millions of opinions, and in fact probably billions.

Everyone is looking for satisfaction in one form or another, and if we’re honest, most of us looking for it in any form! In fact, it’s pretty obvious that there is a high level of dissatisfaction throughout society everywhere. The development of social media has propagated and promoted the concept of FOMO (fear of missing out) to the point that it’s an actual diagnosed medical condition, with real physical indications.

Dissatisfaction is a real issue for most people as we pursue success in life, and we all have to figure out how to deal with it, make steady progress against it, and eventually hopefully overcome it.

Check out this talk from Cuurio communicator Rich Krikorian about how to overcome dissatisfaction in life, and get some real direction that will make a difference in your day-to-day progress toward true satisfaction.

I Can’t Get No Satisfaction

Before the grammar police get on me for the double negative in the title, let me explain. This is the name of an OLD popular song from the Rolling Stones. If that name doesn’t ring a bell, ask your grandparents (great-grandparents maybe?). IN this song Mick Jagger complains that he can’t get any satisfaction from life, and lists a bunch of things that are really irritating him.

Fast forward a few years to another song from a band called the Tubes, who were very popular in the 70’s. They had a big song hit called White Punks on Dope, where a rich kid complains that he has everything but is strung out on drugs trying to medicate the pain. They had another hit song called “Waddya Want from Life?” Again, the question behind the question is, “what make you happy? What makes you satisfied? Here are some of the lyrics:

What do you want from life

and somebody that you can trust

What do you want from life

To try and be happy

while you do the nasty things

OK, one more song from Pink Floyd (really, ask your grandparents. They’ll know) on one of the most popular albums ever recorded. In the song, Time, they write:

Tired of lying in the sunshine, staying home to watch the rain
You are young and life is long, and there is time to kill today
And then one day you find ten years have got behind you
No one told you when to run, you missed the starting gun

How to Live a Satisfying Life

OK, now that we’re all depressed, let’s hit this thing called ‘satisfaction’, or ‘happiness’ head on, shall we? You’re reading this because you were looking for answers to the question, ‘how can I be happy?’, or, ‘how can I be satisfied?’

Well, I have the answer. You interested? I’ve gleaned this answer having lived a long time and experiencing life just like you. I came from a broken home, had an alcoholic father, been laid off several times, been in the hospital for 7 months. So I think I have paid some ‘dues’. At least enough to be able to say these things from the perspective of having lived a ‘normal’ life, not some Disney Prince life.

We tend to evaluate our situations in life as compared to those who have what we don’t have or want. We see others as having money, boyfriends/girlfriends, spouses, jobs, houses, stuff, friends and we say to ourselves, I will be happy if I had those things. Or, when I get ______________, I’ll be happy. The problem is, you need some perspective. You may just need an introduction to how a LOT (most?) of the rest of the world lives.

I have had the privilege of visiting and serving the poor in many countries: Haiti, Dominican Republic, Belize, Guatemala, Costa Rica, El Salvador, Mexico. I had had the privilege of serving the poor even in our country. And I have a job that takes me to places in our country that have just been through a catastrophe like hurricanes, flood, fires, etc. What these experiences have given me is perspective. I have said to myself many times, “I may not have ____________, but I have food, clothing and shelter.”  I live like a king compared to many people I’ve met in my life.

Why Am I Always Dissatisfied with Life

When was the last time you counted up the things you DO have? Like hot water. Like ice in your drink. Like water you can drink from the faucet. Like A/C & heat? Like a car or public transit that get’s me where I need to go. Like food on shelves. We have just been through an unprecedented deep freeze in our part of the country. Many people, rich & poor, went without heat, water, and food. They now have perspective. Perhaps they now compare themselves with those who have less and are now a little happier.

One of the secrets to happiness or satisfaction is being able to say, “I have enough.” I may not have everything, but I have enough. I heard the comedian Steven Wright say, “You can’t have everything. Where would you put it?” How many of us have closets and storage rooms filled with stuff we never use? An old billionaire named John D. Rockefeller once said, “How much money does it take to make a man happy? Just one dollar more.”

How to Overcome Dissatisfaction in Life

What he’s really saying is, there will never be enough money if you don’t decide when enough is enough. You will be amazed at how satisfied or happy you can be if you just start saying, I have enough. Maybe you don’t have enough. Maybe you’re really food insecure, or shelter insecure, or money insecure. OK, I give you permission to let that upset you for awhile. But have you ever asked yourself the question, “What is ‘enough’ for me?”

William Shakespeare in his play King Henry VI wrote, “My crown is in my heart, not on my head; Not decked with diamonds and Indian stones, Nor to be seen: my crown is called content: A crown it is that seldom kings enjoy“

I have to say that this is one of the biggest reasons I can say, “I am happy.” Or “I am satisfied.” I practice thankfulness, or gratitude, throughout the day. I am thankful that I had an apple. I am thankful for ice cold water. For ice. For a job (even one which I hate.) For my wife of 35 years. For my grown kids. For my friends. For sports. For music. For books. For my Dogs Ava & Tina. For my 2013 Honda Accord. For my neighborhood & neighbors. For Netflix and Amazon Prime. I am just very thankful. And when I find that I am not satisfied, I start thanking. I actually stand in my shower, and start thanking for hot water. And soap. And toothpaste. For doctors, nurses, police, firemen/women. I could go on and on. You get the idea.

How Can You Prevent Dissatisfaction

But the real question is, who am I thankful to? When someone does something nice for me, I thank THEM. But, ultimately, who do I thank for all the things I mentioned? Well I’ll be ‘happy’ to tell you!

How Do You Deal with Dissatisfaction

We started off mentioning perspective. We finished with thankfulness. Can I be brutally honest with you? Yes? OK, here goes. The truth is, my happiness/satisfaction is not dependent ultimately on my life as it is here on earth. I have found that I can weather any storm on this planet, and I have had storms just like you, because my hope doesn’t end with life on this planet. Whatever happens to me here, I KNOW, is NOT the end of my story.

My life will truly begin when I am with my heavenly Father forever. That gives me perspective. Add to that the fact that I am not just thankful to some mysterious entity floating around out there, I am thankful to God my Father for ALL the things He gives. I may not have all that I want or even feel that I need, but I have HIM forever. Starting with the here and now, but also for eternity.

If you want to know more about how you can have the same relationship with God that I have, watch the short video at the top of this page called “Great News for You.”

Thanks for listening! If you benefitted from this post about how to overcome dissatisfaction in life, feel free to check out another of my videos: Man Up – How to Be a Man. 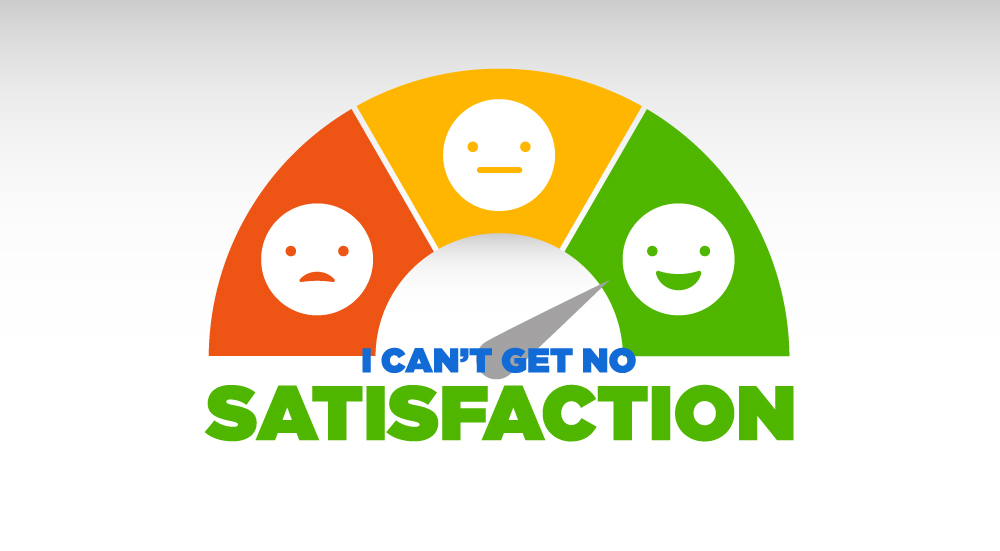 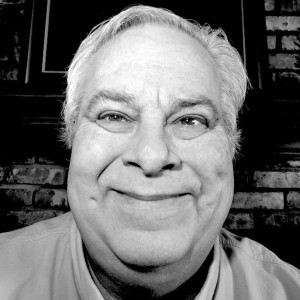 Rich has been communicating and helping people understand difficult things professionally for over 25 years, both as a consultant and as a manager. He has also enjoyed teaching the Bible, life skills, and mentoring youth & adults at his church for 20+ years. He’s a husband of 35 years, and a parent of three great adult kids. He loves reading, sports, rock & roll, and his dogs Ava & Tina.
Cuurio is a non-profit organization, registered in the U.S.A. • EIN #82-2055487
Cuurio operates with complete financial transparency. For financial information, please contact us at hello@cuurio.com.