What Amazed (Astonished, Marveled) Jesus? What a great question! Let’s see what the Bible has to say. Find out more about Jesus here.

“They were all amazed, so that they debated among themselves, saying, “What is this? A new teaching with authority! He commands even the unclean spirits, and they obey Him (Mark1:27).

For those who believe the Bible record, it’s no surprise that people were amazed at Jesus and the miracles He did. In the verse above, Jesus had cast an unclean spirit out of a man. But most incredible to the observers was that the demons obey Jesus when He commands them. There were Jewish leaders in Jesus’ time who performed rituals with unusual aids that imply superstitions about how to cast out demons. And from written history it’s difficult to tell how successful they were. That’s not the case with Jesus and the peoples’ response shows it.

And he (the healed and forgiven man) got up and immediately picked up the pallet and went out in the sight of everyone, so that they were all amazed and were glorifying God, saying, “We have never seen anything like this (Mark2:12).”

The verse above records Jesus healing a man, and Jesus connects this hearing with Jesus forgiving the man’s sins. And the Jews knew no one could forgive sins but God alone. That’s why they hadn’t seen anything like that before. So, they are amazed.

Immediately the girl got up and began to walk, for she was twelve years old. And immediately they were completely astounded (Mark 5:42).”

Jesus had just raised a dead girl back to life in the verse above. This was another miracle that they’d never seen before.

Of course, many other miracles are recorded throughout Mark and the other gospels. These were extraordinary happenings. They subconsciously responded to what they knew was supernatural with their amazement and astonishment. They reacted appropriately to what they’d seen. But, to Mark and any reasonable person, what wasn’t appropriate was when people didn’t respond correctly to their amazement. Jesus’ supernatural works should have led them to investigate further to find out who Jesus is and to put their faith in Him.

We’re not surprised when people are amazed at Jesus. But what does it take to amaze Him?

“And a centurion’s slave…was sick and about to die….When he heard about Jesus, he sent some Jewish elders asking Him to come and save the life of his slave….Now Jesus started on His way with them…(but) the centurion sent friends, saying to Him, “Lord…I am not worthy for You to come under my roof…but just say the word, and my servant will be healed. For I also am a man placed under authority, with soldiers under me; and I say to this one, ‘Go!’ and he goes, and to another, ‘Come!’ and he comes….” Now when Jesus heard this, He marveled at him, and turned and said to the crowd that was following Him, “I say to you, not even in Israel have I found such great faith.” When those who had been sent returned to the house, they found the slave in good health (Luke 7:2-9).”

Jesus marveled because the centurion’s response contrasted with the reaction Jesus received from His own people, the Jews. The Gentile centurion not only believed Jesus could heal but that He could heal from a distance.

Jesus…came into His hometown…and the many listeners were astonished, saying, “Where did this man get these things, and what is this wisdom given to Him, and such miracles as these performed by His hands? Is not this the carpenter, the son of Mary, and brother of James and Joses and Judas and Simon? Are not His sisters here with us?” And they took offense at Him. Jesus said to them, “A prophet is not without honor except in his hometown and among his own relatives and in his own household.” And He could do no miracle there except that He laid His hands on a few sick people and healed them. And He wondered at their unbelief.

As much as Jesus wondered at the centurion’s faith, He wondered at Nazareth’s unbelief. Even though the residents were astonished at Jesus’ teaching and miracles, His humanity, and their familiarity with Him blinded them. Hadn’t they watched Him grow up? They knew the rest of His family was nothing special, so how could He be?

Have you been astonished at what the Bible says about Jesus? Or has Jesus amazed you or someone in your life? If so, have you appropriately responded? 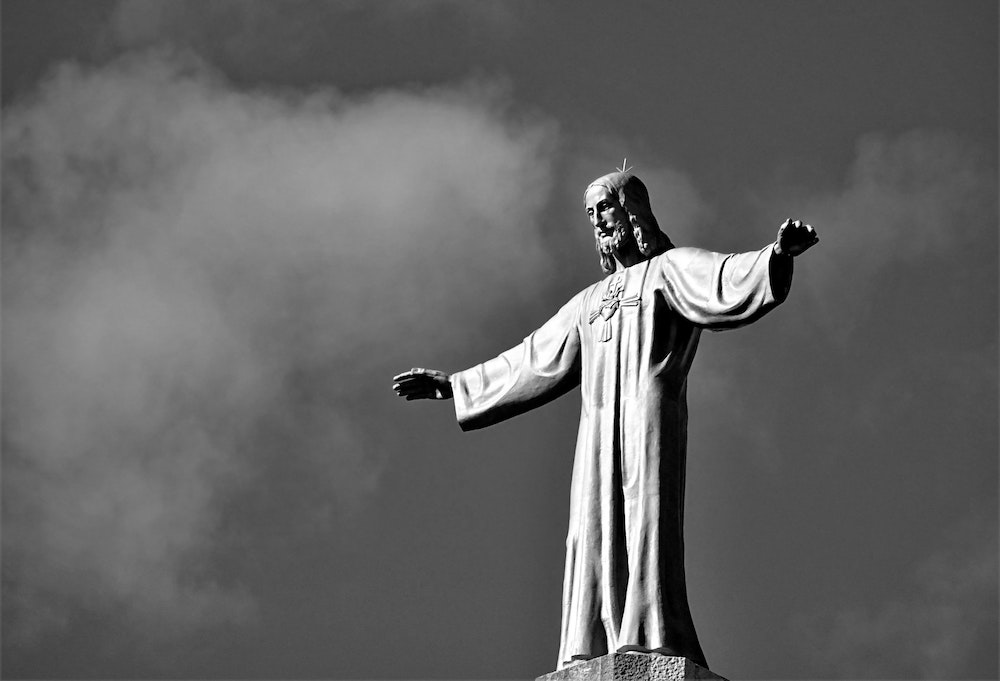