What is Domestic Violence or Intimate Partner Violence and How Can it Be Prevented? Top 20 Questions Answered

Domestic violence or intimate partner violence involves verbal, physical, emotional, psychological, sexual and economic abuse. Watch the video below to find out how you can be restored and find true life!
CONNECT WITH
SOMEONE LOCAL
HOW TO
PRAY
PLEASE PRAY
FOR ME
I PRAYED
THE PRAYER

In this article we will be discussing the top 20 questionsI hope you find this information helpful and that you will not hesitate to reach out for help.

1. What is the difference between abuse and violence?

Abuse means “to mistreat, hurt or injure” while violence includes an escalation of abuse meant to” instill fear or to wrong” someone (Hunt 2013, p.9) The definition has recently been extended to add stalking. Individuals may be married, dating or living with each other. They may have recently separated or divorced.

2. How common is intimate partner violence?

95% of all victims are women (Niolon et al., 2017 p. 9) Intimate partner violence is very common. Data from a US Survey showed 23% of adult women and 14% of men have experienced severe physical violence from a partner in their lifetime and 47% of women and men have experienced psychological aggression (Niolon et al., 2017 p.7).

4. What about physical abuse or acts of violence?

Physical abuse or acts of violence may include:

5. What is emotional abuse?

Emotional or psychological abuse may involve:

6. What is sexual abuse?

7. What is economic abuse?

9. Are men and women equally victims of abuse?

1 out of 3 women and 1 out of 10 men have been  victims of domestic violence. Victims come from all backgrounds- rich and poor, young and old, educated and not.

10. Who is at greatest risk for intimate partner violence?

Violence is more common in:

11. What are some IPV statistics?

Women who have experienced intimate partner violence (IPV)are 5 times more likely to attempt suicide. IPV is more common in multi-racial persons and American Indians. IPV is also more common in bisexual and homosexual persons. In a 2015 survey, National Survey on Teen Relationships and Intimate Violence in the United States, 10% of boys and 20% of girls reported experiencing physical or sexual abuse while dating in the last year. 60% of teens ages 12 to 18 also reported emotional IPV (Kistin 2019, p.1) This is a serious problem in all age groups and starts early.

12. What are some consequences of intimate partner violence?

There are many reported consequences of intimate partner violence. IPV leads to physical injuries, victims develop PTSD, anxiety and depression, they miss work or are unable to work. For women the lifetime cost was $103,767 and men it was $23,414. Victims also engage in high risk behavior like smoking, drinking and high- risk sexual behaviors. 1 in 6 murder victims are killed by an intimate partner (Niolon, p.9). The lifetime societal cost of intimate partner violence from medical costs, lost productivity, criminal justice and other costs may be as high as $3.6 trillion (Preventing Intimate Partner Violence 2019, p.2)

13. What are some risk factors for becoming an abusive person?

Risk factors for becoming a perpetrator of IPV include witnessing spousal abuse as a child. As many as 3 million children witness spousal abuse annually in the US.

Other factors that increase risk are:

14. What mental health issues can create an abusive personality?

15. What is the three stage cycle of abuse?

17. How does abuse effect a victim emotionally?

Victims are often emotionally depressed, they have low self- esteem, they feel powerless, and live with fear. The abuse leads to feelings of self- doubt, anxiety, guilt, and self-hate. This can lead to psychological signs of anxiety, depression, suicidal behavior, antisocial behavior or flashbacks. (Hunt 2013, p.34)

Often the abused does not leave due to need to protect children, false belief about biblical submission, fears about leaving, blames herself for the abuse, thinks can’t make it financially and believes no one can help them. (Hunt 2013, p.32)

18. What is the cause of Intimate Partner Violence?

Hunt describes the cause of Intimate Partner Violence as a learned behavior. It commonly stems from growing up in an abusive environment and not having conflict resolution skills. This sin pattern is called generational sin.

Abusers grew up watching abuse, they experienced abuse, they view people as possessions, they do not value women, they feel they have right to control partner, they blame the victim for the abuse and have few coping skills. These false beliefs lead to the violent behavior and they think it is the way to retaliate because it has worked in the past and they have not suffered consequences. (Hunt 2013, p. 38-40)

19. How can you prevent abuse?

In 2010 only 35% of rape or sexual assault was reported to police and 23% received help or advice from a victim service agency. (Weigel, 2013 p.2) Women who are college educated and have economic resources are more likely to leave violent marriages and have 10% greater probability of divorce. (Wihbey, 2015 p.3)

20. How can you help someone who is caught in an abusive relationship?

Focus on making a safety plan including:

I would place a strong focus on safety. (Hunt 2013, p.75-82) Abuse support groups or local domestic violence prevention organizations, a women’s shelter, local police or legal system may be needed if physical or sexual assault has occurred.

21. Emphasize God’s love and the gift of salvation

As client enters treatment stage I would start by reviewing the gift of salvation and emphasizing God’s love, “God so loved the world that he gave his one and only Son, that whoever believes in him shall not perish but have eternal life.” (John 3:16)

Next I would work on replacing false beliefs with God’s truth. Starting with the first sin in the Garden of Eden and explaining its’ impact on the world. Clarifying any false beliefs about biblical submission. God want husbands to love their wives “just as Christ loved the church” (Ephesians5:25) and “treat them with respect” (1Peter 3:7)

Abuse is a sin against God. (Hunt 2013, p.56-66) Deal with any feelings of guilt or shame and address fear and anxiety. Help build healthy boundaries as she tries to rebuild relationships and help her follow through when boundaries are crossed. (Collins 2007, p.408-411)

It is the power of the Holy Spirit, Christ’s death on the cross for our sin and the love of God that allows this healing. My life verse has been a constant reminder of this loving gift, “The Lord is my rock, my fortress and my deliverer; my God is my rock, in whom I take refuge. He is my shield and the horn of my salvation, my stronghold.” (Psalm 18:2) 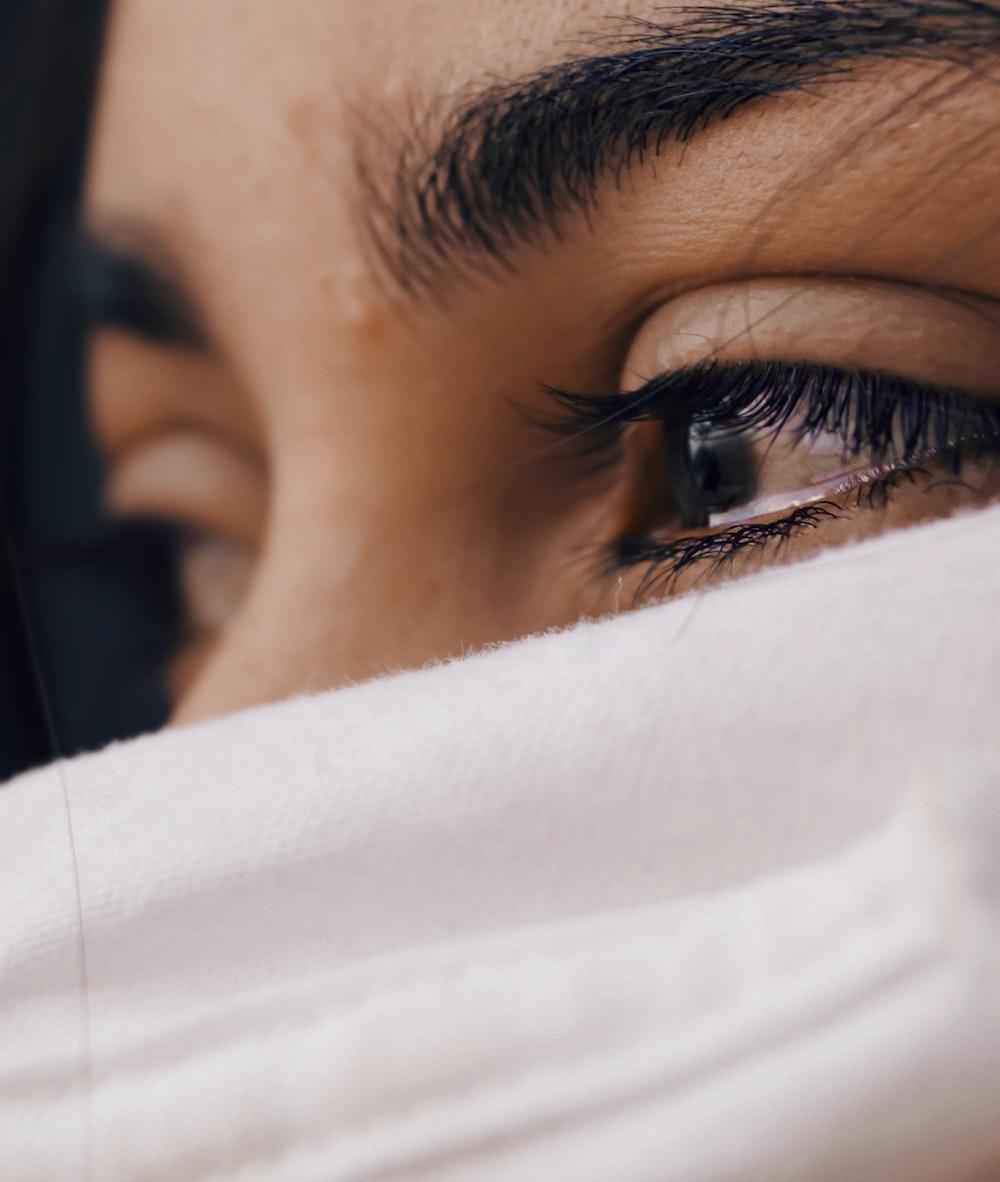 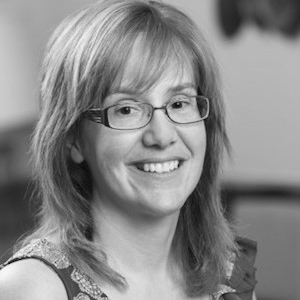 Dr. Victoria Smithers, family physician, is an inspirational speaker and blogger on stress management and many wellness topics. She is booking now for medical and Christian conferences, keynotes, retreats, and workshops. Contact her at healthandwellnessplus247@gmail.com to check her availability and to get a price quote for your next meeting.
Cuurio is a non-profit organization, registered in the U.S.A. • EIN #82-2055487
Cuurio operates with complete financial transparency. For financial information, please contact us at hello@cuurio.com.