What is the Mind of Christ?

We all have questions! You have asked a great one! Let’s dive right in and find the answer to your query, “what is the mind of Christ?”

“For WHO HAS KNOWN THE MIND OF THE LORD, THAT HE WILL INSTRUCT HIM? But we have the mind of Christ (1 Corinthians 2:16).”

“Now I make known to you, brethren, the gospel ….For I delivered to you as of first importance…that Christ died for our sins…and that He was raised on the third day (1 Corinthians 15:1-4).”

How can I be saved by Jesus?

We are here for you. If you would like to know more about Jesus and his love for you, click HERE.

There are two facts about Jesus and his love for you that are of first importance:

“For the word of the cross is foolishness to those who are perishing, but to us who are being saved it is the power of God. For it is written, “I WILL DESTROY THE WISDOM OF THE WISE,

Does God have a purpose for me?

God’s modus operandi uses the poor, the vulnerable, and the humble to achieve His purposes. He has a purpose for your life, no matter your status or situation. You can read more about that here.

“My father was a wandering Aramean, and he went down to Egypt and sojourned there, few in number; but there he became a great, mighty and populous nation (Deuteronomy 26:5).”

The worldly Corinthians weren’t impressed with God’s plan of salvation, thinking it was foolish. They were embarrassed by Jesus’ death on the cross. It humanly didn’t sound wise:

And Paul tells us why God operates that way:

Other churches were embarrassed with the message of the cross too. The Galatian church was ashamed, and Paul corrected them:

“But I, brethren, if I still preach circumcision, why am I still persecuted? Then the stumbling block of the cross has been abolished (Galatians 5:11).”

The author of Hebrews pointed out that Jesus willingly endured the cross and its shame:

“Let us…(endure by) fixing our eyes on Jesus, the author and perfecter of faith, who…endured the cross, despising the shame, and has sat down at the right hand of the throne of God (Hebrews 12:1-2).”

In Romans, Paul explained why he wasn’t ashamed of the gospel:

“For I am not ashamed of the gospel, for it is the power of God for salvation to everyone who believes, to the Jew first and also to the Greek (non-Jew) (Romans 1:16).” ‘

If they were spiritual, they would see the cross as the wisdom of God. They were still using worldly wisdom to judge spiritual issues as if they were still unbelievers. Paul reminded them that they, as believers, have received the Spirit of God. And since the Spirit alone knows the mind of God, they must access Him as a resource for spiritual–not carnal–wisdom.

“Now we have received, not the spirit of the world, but the Spirit who is from God, so that we may know…not in words taught by human wisdom, but in those taught by the Spirit, combining spiritual thoughts with spiritual words (1 Corinthians 2:12-13).”

So, what is the mind of Christ?

Paul’s main point here is to have the humility of Christ. To share in the shame of the cross. That’s the attitude that Jesus had that allowed Him to endure that shame. Paul uses this phrase, the mind of Christ, to summarize Jesus’ kenosis (Jesus’ emptying Himself of His full rights as God) to become human and provide salvation for humanity. Paul fleshes this attitude out in this passage:

“Have this attitude in yourselves which was also in Christ Jesus, who, although He existed in the form of God, did not regard equality with God a thing to be grasped, but emptied Himself, taking the form of a bond-servant, and being made in the likeness of men. Being found in appearance as a man, He humbled Himself by becoming obedient to the point of death, even death on a cross (Philippians 2:5-8).”

The mind of Christ is to willingly endure the shame of the cross:

“For whoever is ashamed of Me and My words in this adulterous and sinful generation, the Son of Man will also be ashamed of him when He comes in the glory of His Father with the holy angels (Mark 8:38).”

We are here for you. If you would like to know more about Jesus and his love for you, click HERE. 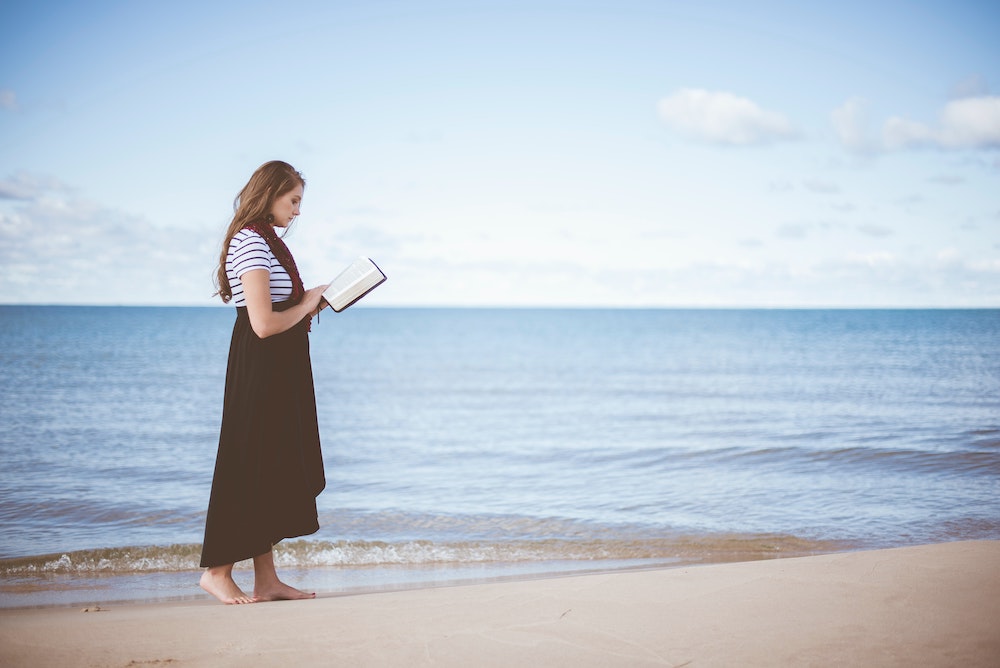