Will We Live with Our Families in Heaven?

Will We Live with Our Families in Heaven? What a great question! Let’s see what the Bible says.

“The crowd sat around Him and said to Him, “Your mother and Your brothers are outside asking for You.” He answered, “Who are My mother and My brothers?”

Then He looked around at those who sat around Him and said, “Here are My mother and My brothers! For whoever does the will of God is My brother, and My sister, and My mother (Mark3:.32-35).”

Even while Jesus was still on earth, He said His proper family ties are based on His spiritual relationship with others more than on His blood relationship. Doing the will of the God (the Father) is to believe in Jesus. When we believe, we become a member of Jesus’ family and a brother or sister with all other believers.

There is a popular Christian Hymn, “May the Circle be Unbroken” (written by Ada Habershon), praying that families will remain intact in heaven. Of course, most of us in eternity will have broken family relationships because some believe in Jesus and others do not. But even families of all believers will not have the same family relationship with each other that they now have on earth.

“When they rise from the dead, they neither marry nor are given in marriage, but are like angels in heaven (Mark 12:25).”

The Jewish leaders asked Jesus about a woman who’d been widowed and remarried several times. They asked Him which of the men would be her husband after the resurrection. Jesus told them that there’d be no marriage relationships in heaven. Jesus used the example of the angels in heaven, saying that they don’t marry.

But we will recognize each other. So, if both the husband and wife are believers in Jesus, they will know each other in eternity. One would think we’d continue some type of relationship with a spouse we’ve shared such a special relationship with in this life. However, the Bible is silent on this issue.

King David and Bathsheba had an illicit affair, and David had her husband killed to cover his sin. But God sees everything and told David the baby would die because of David’s sin. David had prayed while fasting while the baby still lived. But when the baby died, David abruptly stopped fasting and returned to his regular routine, and his companions asked him why.

David knew he couldn’t do anything once the child had died. He knew nothing he did would bring the child back. Here, David says that he will join his child through death by going to his own grave. But his language leaves open the possibility that they will eventually reunite.

And I say to you that many will come from the east and west and will dine with Abraham, Isaac, and Jacob in the kingdom of heaven (Romans 8:11).

Those who have believed in Jesus will meet and fellowship with famous people from the past. The Jews revered these men. They were the forerunners of the Jewish people, and God made great promises to Israel because of the assurances He made through these men. They, as well as the lesser known, will make up our new family. 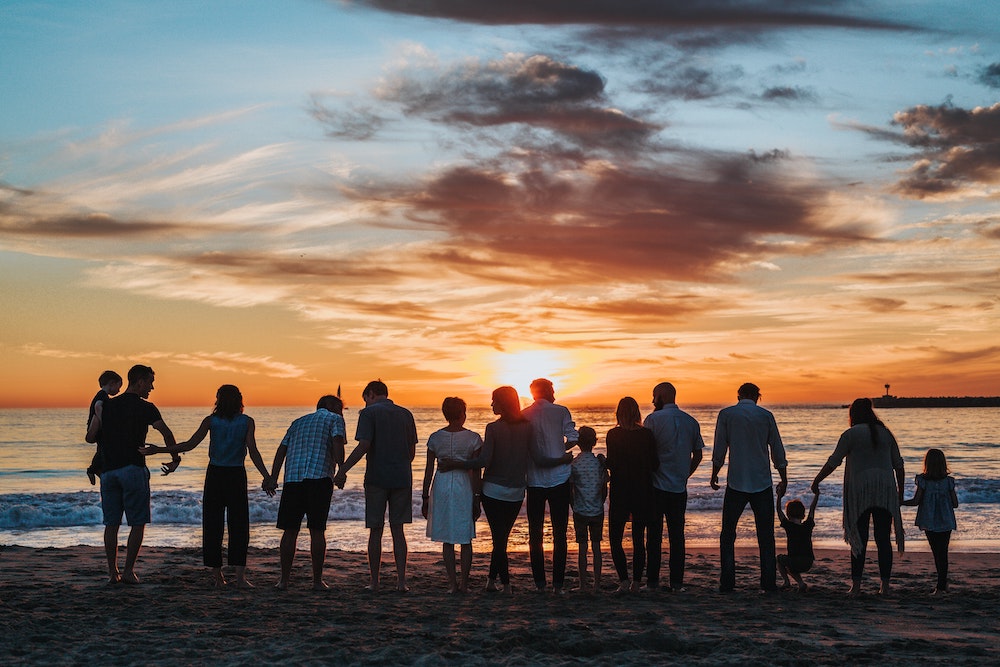