What Does the Bible Say About Tattoos?

We all have questions and you have asked a great one. Tattoos have become a huge part of our culture. Many Christians have them and maybe you do too. You are asking “what does the Bible say about tattoos?”. Let’s dive in and see if we can find a good answer.

What Does the Bible Say About Tattoos?

“You shall not make any cuts in your body for the dead nor make any tattoo marks on yourselves: I am the LORD (Leviticus 19:28).”

Of course, the tattoo marks mentioned here, from 1400 BC, aren’t the tattoos we see today. And we’re no longer under the Law, and this verse is part of the Jewish Law given to Moses. Making marks like these was a Pagan practice at that time. And some of the tattoos people get today are demonic or militant or gang related.

Does the New Testament Allow Tattoos?

Tattoos of anything immoral or non-edifying, or otherwise inappropriate, will always be unwise for anyone of any era. But, especially for an admitted Christian.

“So they (the prophets of Baal) cried with a loud voice and cut themselves according to their custom with swords and lances until the blood gushed out on them (1 Kings 18:28).”

These prophets of Baal cut themselves as a way to get their god’s attention. If you are wondering, it didn’t work. Most people don’t cut themselves, but some Mideast cultures did at that time.

“(God) called to the man (angel) clothed in linen at whose loins was the writing case. “The LORD said to him…put a mark on the foreheads of the men who sigh and groan over all the abominations which are being committed in its (the temple’s) midst.” But to the others, He said in my hearing, “Go through the city after him and strike; do not let your eye have pity and do not spare (Ezekiel 9:3-5).”

You are Marked and Sealed by God the Holy Spirit

The Bible tells us that God or an angel marked His people at several different points. But most likely, this mark is some spiritual mark, not visible to other people. God protects His faithful, separating them from those who face His wrath. This separation is similar to how God separated the Israelites on the first Passover in Egypt. The avenging angel passed over the house of anyone who applied the blood to their doorposts (Exodus 11-12:13). Also, in the future tribulation time, God spiritually marks 12,000 men from each tribe of Israel to protect them from its horrors (Revelation 7:3).

“And he causes all, the small and the great, and the rich and the poor, and the free men and the slaves, to be given a mark on their right hand or on their forehead, and he provides that no one will be able to buy or to sell, except the one who has the mark, either the name of the beast or the number of his name (Revelation 13:16-17).”

Is a Tattoo the Mark of the Beast?

The Antichrist won’t allow the people who refuse his mark to buy or to sell. This mark is visible, or if not visible, monitors can detect it by a scan or in some other way. This puts pressure on God’s people, who must refuse the mark to avoid worshiping the Antichrist.

“Then another angel…followed them, saying with a loud voice, “If anyone worships the beast and his image, and receives a mark on his forehead or on his hand, he also will drink of the wine of the wrath of God, which is mixed in full strength in the cup of His anger; and he will be tormented with fire and brimstone in the presence of the holy angels and in the presence of the Lamb. And the smoke of their torment goes up forever and ever; they have no rest day and night, those who worship the beast and his image, and whoever receives the mark of his name (Revelation 14:9-11).”

Just as God marks His people with a spiritual mark, the God-imitating world ruler of the tribulation time will mark his worshipers physically. But his mark is visible or detectable. Receiving this mark is equal to worshiping the Antichrist.

Is it Ok to Get a Tattoo According to the Bible?

This physical marking by Pagans and the Antichrist may be one reason God forbade tattoos in Moses’ Law. But during this age, when we’re not under the Law, God expects the Christian to make wise decisions based on what best advances God’s Kingdom.

Some things to consider. All things are lawful, but:

We hope this helps as you are looking into finding an answer to “What does the Bible say about tattoos?” 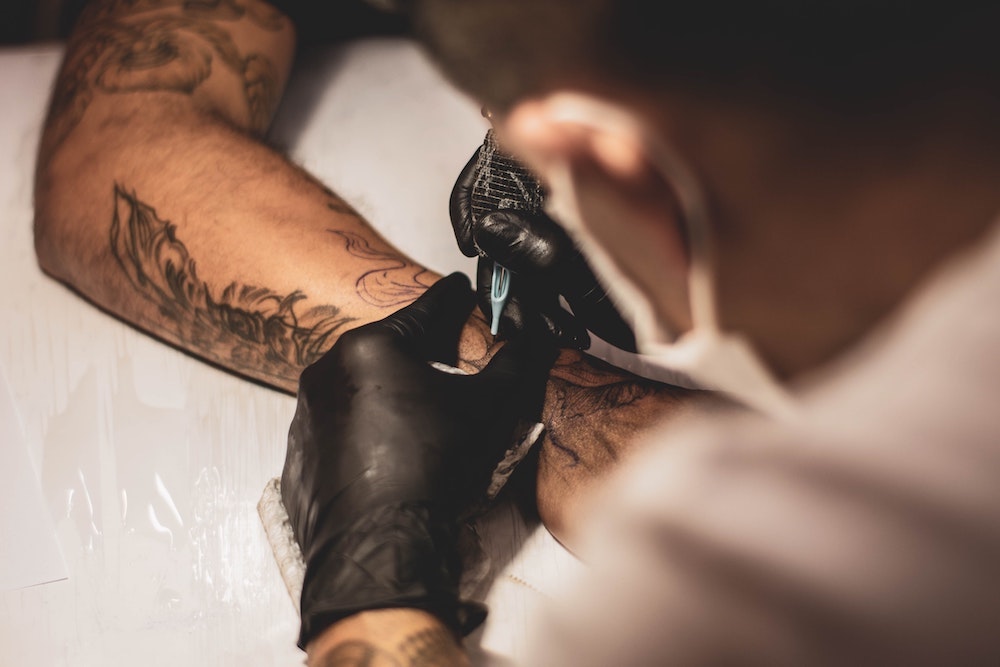