Cuurio is a nonprofit designed to leverage new-paradigm technology to reach people around the world with the gospel of Jesus Christ. While Cuurio may be newly-launched publicly (as of April 2020), it has been decades in the making.
CONNECT WITH
SOMEONE
HOW TO
PRAY
PLEASE PRAY
FOR ME
I PRAYED
THE PRAYER

Over 20 years ago when the internet was still an infant, Jeff Cline knew he wanted to take advantage of its reach to spread the good news. While he started many companies, sold several, and consulted with firms like BMW, McDonalds, and Pepsi, the idea of how the world could be reached for Jesus via the “world wide web” was slowly taking shape in his overly-active mind.

a project twenty years in the making

Through the course of the next 20 years, Jeff methodically built a proprietary technology that would eventually enable the dream of reaching the world with the gospel in a brand new way. In the meantime, he proved the concept commercially as he started and built 3 dotcoms from scratch. He eventually sold the first two, but still owns and operates his third startup – now a global firm.

While the concept of Cuurio was still taking shape, Jeff and his family were plugged in and active as members of Lake Pointe Church in Rockwall TX – a thriving church of around 15,000 in weekly attendance – where they met their future Cuurio partners: Danny and Suzanne Davis, Jake Davis and Emmy Davis Rogers.

Danny and Suzanne had been leading worship on staff at Lake Pointe Church since 1989, and were Jeff & Kim Cline’s worship leaders since they moved to Texas in 2006. Danny got referred to Jeff when asking a friend for help developing a website, a vocal coaching website Suzanne was working to launch.

sharing Jesus with a searching world

As both families subsequently worked together on multiple online projects, they couldn’t ignore the special synergy between them, and they quickly realized they all shared a strong desire to reach the world for Christ using the expansive reach of the internet. They also realized that none of them cared how it happened or who got the credit, as long as they could play a part in sharing Jesus with a world that is searching for Him and doesn’t even know it.

While the Cline family brought business expertise, technical prowess, and big picture vision to the table, the Davises brought content, creativity, and 30 years experience operating and managing large teams in a nonprofit setting. It didn’t take long before it was obvious to both families that God was doing something very big and very special, and was allowing the Clines and the Davises to be the curators of His idea.

Once the idea was developed and operational, the whole team started realizing the true scope of what was possible and decided to do a small beta test to prove viability. In the first 6 months, engagement totals surpassed 130,000; in the following 4 months, it more than doubled to almost 300,000!

The concept of Cuurio is obviously viable and effective, and has huge implications. The foundation has been built to support a skyscraper, and failure to follow through would be disobedient at best. So – here goes!

The vision of Cuurio is to reach 1 billion people around the globe for Jesus, including people who have no other access to the gospel, along with millions who would never consider darkening the doors of any religious institution.

The heart of Cuurio is to give all born-again believers a gift: the opportunity to use their God-given abilities, talents, and resources to join forces together and share with the world the best news to ever be shared – the news of God’s love, grace, and forgiveness.

It can be done, but it will take an army. Each of us has God-given talents and abilities – would you consider adding yours to the mix and join us today? 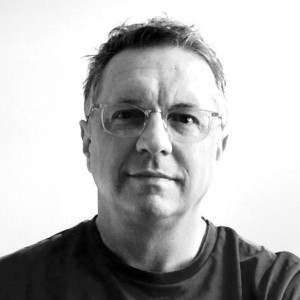 Danny is VP of Creative at Cuurio, and has been a worship pastor for over 30 years. He is a published songwriter with commercial cuts and writes for too many websites.
Cuurio is a non-profit organization, registered in the U.S.A. • EIN #82-2055487
Cuurio operates with complete financial transparency. For financial information, please contact us at hello@cuurio.com.